To widen the capabilities of my home network, I incorporated a small home server. The HP N40L Microserver was chosen due to its low power consumption (average 44watts~ over 1 week using power meter) , low noise output (1x 120mm fan, 1x 40mm PSU fan) and for its eco but robust AMD Turion dual core processor that enables multiple virtual machines running their own software to run simultaneously.

Additional to the above specifications, the system came with a 250GB disk drive pre-installed which will be partitioned into four drives for future virtual machine installations. The pre-installed 2GB of ECC memory was replaced with the Non ECC 8GB kit and a 24 hour Memtest86+ full scan was carried out with zero errors to check that system stability was optimal. The server can only occupy low profile add-on cards however the ATI 6450 HD graphics came supplied with a low profile bracket which removes the unneeded VGA port but still provides full functionality. Additionally the graphics card has HDMI output which allows sound to be carried in this way (no other audio output source) and supports video transcoding which was vital for the servers purposes.

The home server is currently running Windows Server 2008 R2 Datacenter as its primary operating system and is serving the following purposes:

Future planned uses will include. 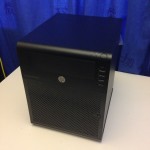 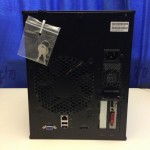 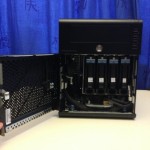 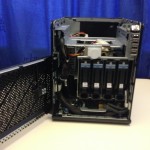 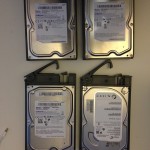 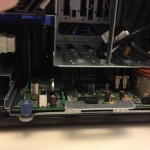 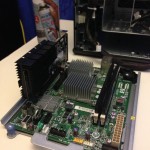 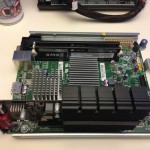 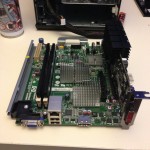 Update [December 2012] – Due to the current network layout in my current home, the signal strength and wireless range struggled at times when streaming video files over the network. This has since been eradicated by installing 2x 500mbps power-line adapters and a spare wireless n+ router which is now serving as an access point – article to follow.